This Page is for all the false, misleading and inauthentic information that Bermuda is pumping about Peter Sagos. This is the definition of FAKE NEWS. All this misinformation was and is sponsored by this corrupt country and key servers around the world with drugs-forum server housed in the Netherlands. It’s all to convince people that Peter Sagos is a bad person. Everything that is on the net is to serve this message. If people just sat down and thought about it they would see all the holes and lack of details, but who has time for that… I won’t get started on Google and their stupid stupid process to remove URL links. Google is also a human rights violator on a daily basis. They are part of this misinformation. Trust me I have done it all to remove these URL’s from Google’s network, there were over 300 URL links and now there are 10 left as of October 30, 2016. Google is so inconsistent with their process, one day I remove these Links and the next day they deny me, oh don’t forget I’m fighting with algorithms and not with humans. If you are interested to see my proof on google send me an email. I’m not hard to find… Also google can be heavily manipulated with off page SEO which raises or drops webpage rankings. I have created 6 websites (78 webpages) all with my name to be outputted and none of them are on the first page of google results or any page on google results. Heavy manipulation by Bermuda’s hired hackers to again cover up the truth. BTW all my sites are attacked constantly, I have those stats. Google is responsible for what is on their network search. If they index it, then they are responsible for it, arguments of free speech isn’t the point of this, it’s the point of the lack of fact checking and the lies that are currently available online. The internet is one thing and Alphabet Inc. business is another!

Twitter – The only way I could combat the bullshit on the google is through Twitter. Every time I tweet, it gets instantly posted on the google web search, a post every 72 hours at least. Take a look for yourselves. Peter Sagos Twitter Feed. Oh one more thing… When I was illegally arrested by the ops, they took my ability of free speech or they would throw me in jail again with no evidence! This is why I couldn’t tweet anything since January 2018, I also had to delete my tweets from December 2, 2016 to Present day.

This is why the Europeans have such a better system then Canada, with the law the Right to be Forgotten. I am also a proud citizen of the European Union because I am a Greek Citizen and I can use this for my google search results in Europe. Here is the example as it’s only my information that is outputted on google England and you will see that there are no fake news articles. In my opinion the Canadian Government should enact this very effective legislation for all citizens because the on-line harassment and bullying is on 24/7, when you are dealing with google and the fake news outlets!

Oh we have a problem with Google again… it no longer lets you change domains to search different countries. Click here for article.

To get around googles bullshit, use a VPN. Pick a european country and google away.

The police and other agencies use the google to promote fake news all around the world. As soon as I write about it,  they manipulate it further! The way this should work is that these articles are to be only outputted in the  jurisdictions that the news is related too and not broad casted around the world as truths. Again the google is a tool for human rights abuse and google should be responsible for the garbage on their search results!!

Here is an article on what Alphabet (google) is going to be doing in China. Click here for article. China can ask anything they want too, it’s their territory, but this is exactly the deep state bullshit that is currently happening in North America. Alphabet is a big problem! As of August 28, 2018 when you google my name (Peter Sagos Ottawa) on mobile you will see Ottawa lawyers paying to advertise on my name output. Some in the know have already position themselves to profit from my name. Google is profiting off my name, the only reason why this is happening is because the Canadian government refuses to protect their citizens against fake news, propaganda from fake democracies and corrupt individuals in high levels of government positions. Right to be forgotten needs to be implemented by Canada immediately!

Here is an audio recording with Alphabet (google) adword representative on September 10, 2018. The first 2:20 mins are just us establishing my account with adwords. Continue from 2:20 minutes for Alphabets official response on what I can do about this issue with my name and local advertisers. It’s insulting and again this company is just the worst ever!

All PDF Files will take time to download. Be Patient. It’s well worth the wait!

To Increase the Size of the PDF Files use the X Button on the bottom of Each Application.

To Close the PDF Screen use the X Button to Minimize the Screen.

Article from The Royal Gazette 313 KB


For The Record Article from The Royal Gazette 294 KB

This article is still on The Royal Gazette web site but its not indexed for web search. It’s Buried!


Article Jailed in Bermuda from the Post and Courier 2 MB

This article is where Jeannie Harden makes her only statement. When the Bermuda Police Service placed her into the room for her Interrogation, she wouldn’t respond or answer any questions. This article is again buried!

Again this article is Buried!

These People need help in Bermuda! They are trying to create a believable story for their population would say, our police are protecting us from outsiders or something. The Royal Gazette and the Bermuda Authorities are all crazy and conspired together to pretend to have a proper system. Conflict of interest is all about in Bermuda! I consider all of these people Cowards and Fraudsters!

I believe Lee Greenberg was irresponsible and negligent! You do not have a story here, but what do the people at the Ottawa Citizen do? They print this garbage! The image of Peter Sagos in the article that they used was from his High school year book, he was 15 years old at the time. The Ottawa Citizen has no respect!!!

The people at this party were unknowns to me and I was there to pick up a friend,  I was there only for 40 minutes. There were two people in the car with Zoe that night, her sister and a male friend. The destruction that this drunk driver caused to these people and their families is death and paralysis. It was his sixth time being caught driving while impaired. He was out of jail at a rooming/half way house on Cooper street months later. I saw him walking the streets in Cetretown. This man should of gone to jail for at least vehicular manslaughter, plus… This happen 17 years ago, who know what else this drunk driver has done since.


Lee Greenberg of the Ottawa Citizen 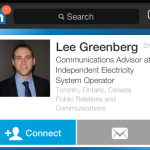 I have something new to report (Feb 16, 2016). I have been trying to talk to the people that run The Post and Courier, so they can remove their very one way inaccurate and false story. They refused. The Post and Courier is unethical and has never contacted me for my side of the story. I have asked them to interview me, but again they refuse. This newspaper takes top marks as Human Right Violators. It’s sad that The Post and Courier is not a fair news outlet and they are only interested in writing bullshit!! I also hold the same views on the Ottawa Citizen and the Royal Gazette. Presstitues, Fake News Outlets…